Things Got Sketchy at the End of the Day 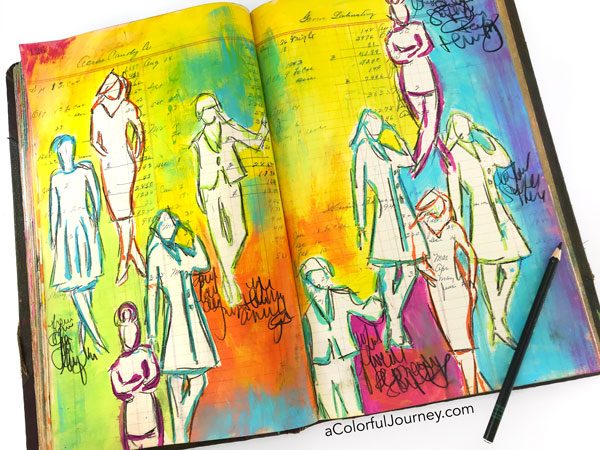 It was the end of the day and I had a ton of paint left on my palette. At this point in the day, thinking was a challenge but I couldn’t waste that paint. So I grabbed a couple of stencils and started making O.O.P.S.ies…Outstanding Opportunities Presenting Suddenly! Things got sketchy in my art journal that is!

By the end of the play, these imperfections (or O.O.P.S.ies) became a part of the 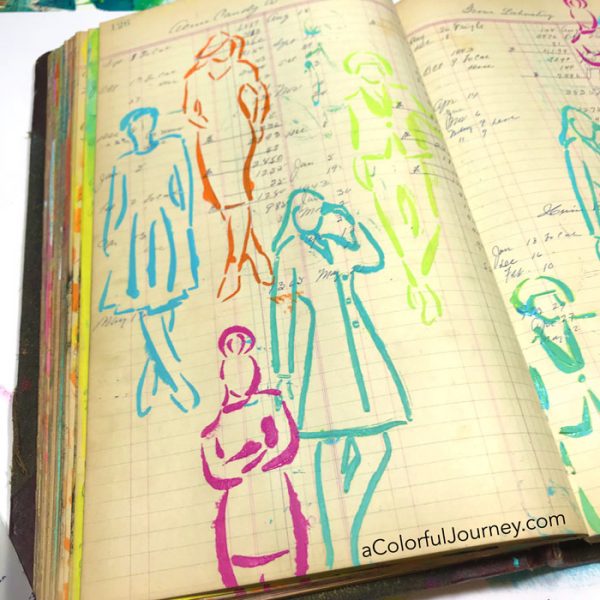 I also realized that big wide paint brushes don’t do detail work precisely. O.O.P.S. And that orange woman, she was placed in a rather awkward position. O.O.P.S. Noticing the O.O.P.S. trend here? 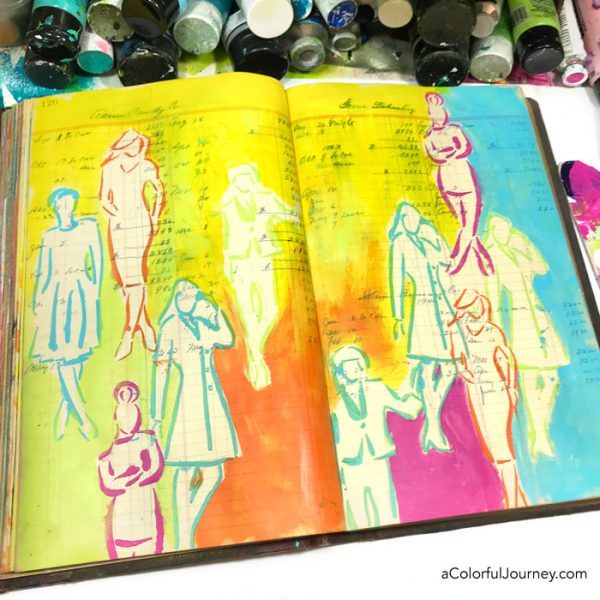 These are sketchy women, so I made them very sketchy by adding a layer of sketching to them. I could have used one of a zillion kinds of pens to do this but since the paint was still damp, I chose the Stabilo pencil. I didn’t want to ruin a pen. With all the O.O.P.S.ies I had been having, a pen would have been in serious danger. 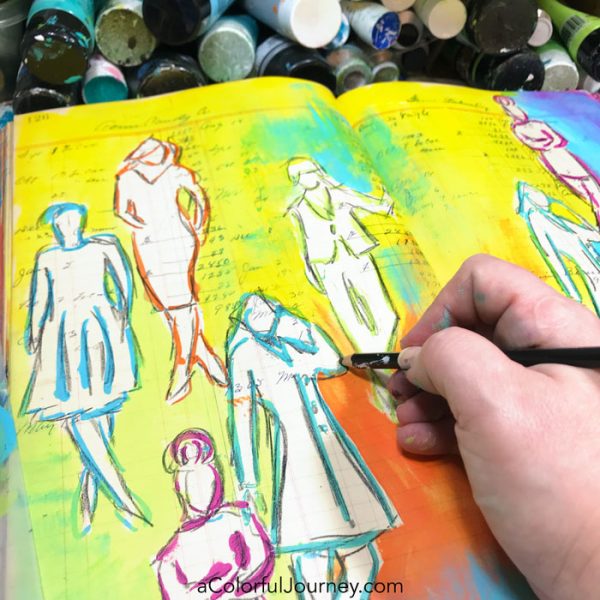 What profound thoughts did I scribble journal here? Whatever was rattling around in my scattered mind at the time. At this point in the day, knowing my own name was a bonus. Haven’t we all had days like that? 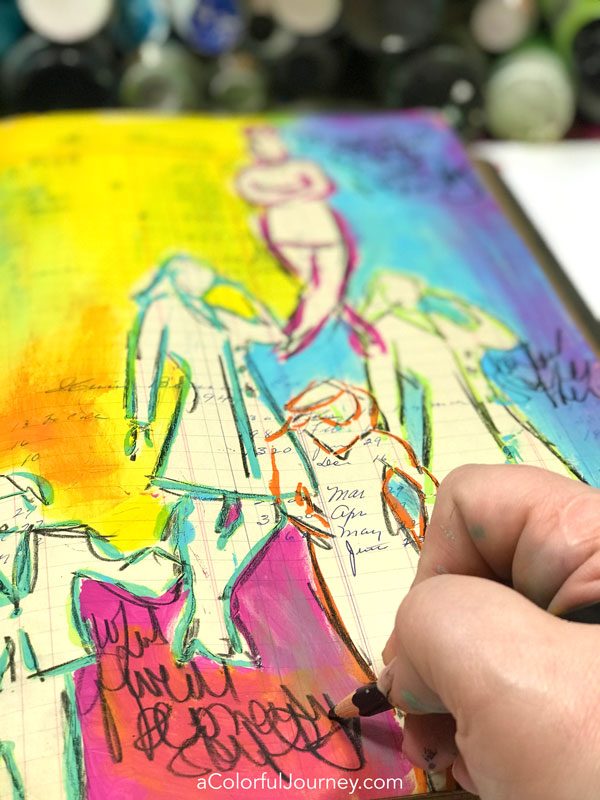 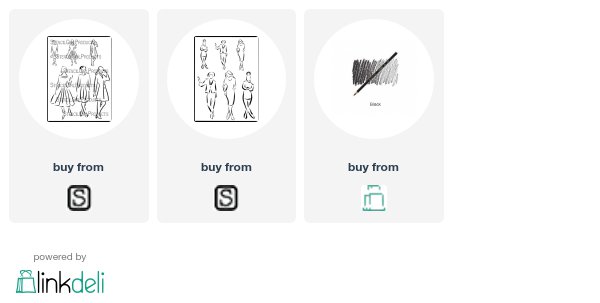