Next post: What If: A Weekend of Gel Printing

Previous post: Playing with Acrylic Gouache and Some Nonsense

This art journal page didn’t go as planned. And that’s a good thing! Why? Because I made a boatload of O.O.P.S.ies on here and each O.O.P.S. led me in a better direction than I planned!

When you’re collaging something like old book text in your art journal, you can use any glue you have. Glue sticks are the least messy and dry the fastest- so if you’re impatient like me it’s a great option!

The Outstanding Opportunities Presenting Suddenly (O.O.P.S.) began with the paint. The very first color I used was “wrong”. Then the white I used was “wrong”. But that fluorescent yellow became just what I needed to mix with another color. The white became a great way to create a light blue.

There were all sorts of O.O.P.S.ies with the stenciling! The plan was for the words to show up, but the first set didn’t show up much at all. When I used the orange it really didn’t show up!

There was a big glob of unplanned paint on the I that just jumped out at me. And that was a gift too.

All that imperfect stenciling led me to using a pen to outline the letters and to see the symbolism in that blob of white paint.

When you’re using a pen on paint, it can ruin the pen. Especially if the paint is still wet or damp. That’s why I often use a fountain pen. It can take a whole lot of abuse- when it stops writing, I just wipe off the nib and it starts working again.

O.O.P.S.! If you have really wet paper and you write with a fountain pen, you can rip the paper. Seeing that bit of orange peek through encouraged me to do it some more to create more of that. Never would have even considered it if without the O.O.P.S.

Next time you’re arting if things don’t go as planned, try saying O.O.P..S and see where it takes you! 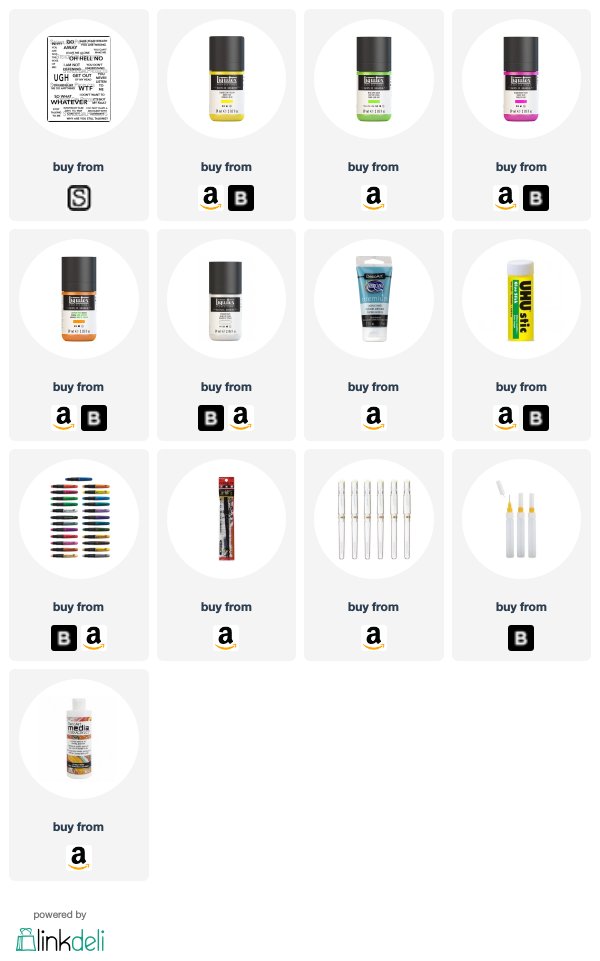