Previous post: She Whispered and Revealed Her Healing Wisdom

A Touch of Color Inspired by Downton Abbey 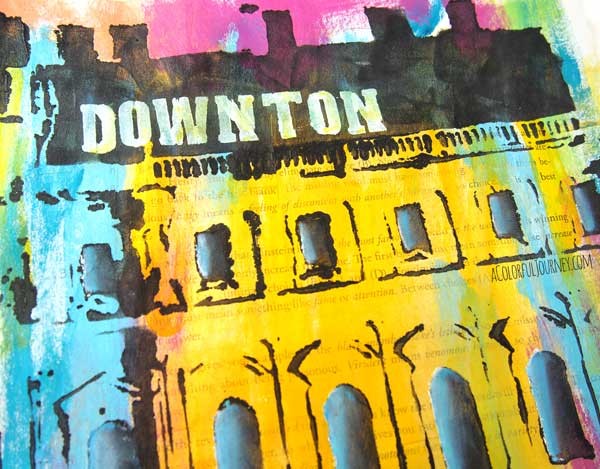 Downton Abbey has me under its spell. I have avoided it until recently and now am an addict devouring seasons as quickly as life will allow. While listening to the video of Downton Funk- okay, watching the video while pretending to straighten up the studio- I ended up with an art journal page instead of a clean studio. So I called it a good day! 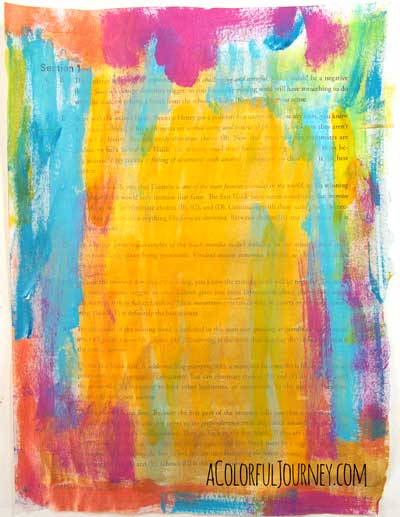 Leftover paint on my brushes led to this…couldn’t bear to waste a drop of paint. I know, Downton Abbey tends to have more muted colors but the characters are oh so colorful. 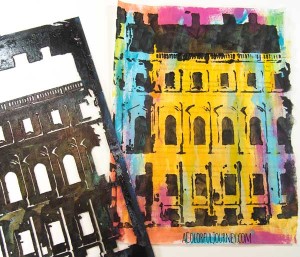 My 1700’s Building stencil jumped out at me as a manor so I let my imagination run wild that it was Downton Abbey. 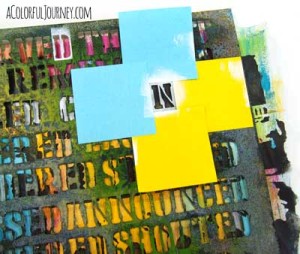 I did not have a stencil that said Downton so I used letters from other words on my Verbage stencil to create what I needed. Just some little Post it Notes for some quick masking. 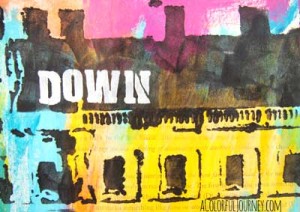 What would Carson say! My letters weren’t perfectly spaced. I always chuckle when I see him with the ruler measuring the spacing of place settings. 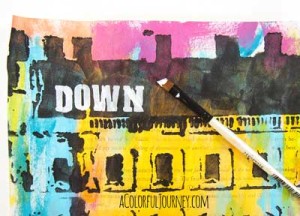 I covered up the stencil breaks with a little touch of white paint…had to keep things prim and proper in honor of Mrs. Hughes… 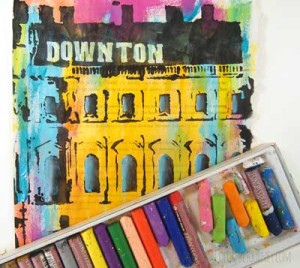 But I can’t keep things too proper…there had to be even more color. Oil pastels added bits of color here and there with some messy smudges. 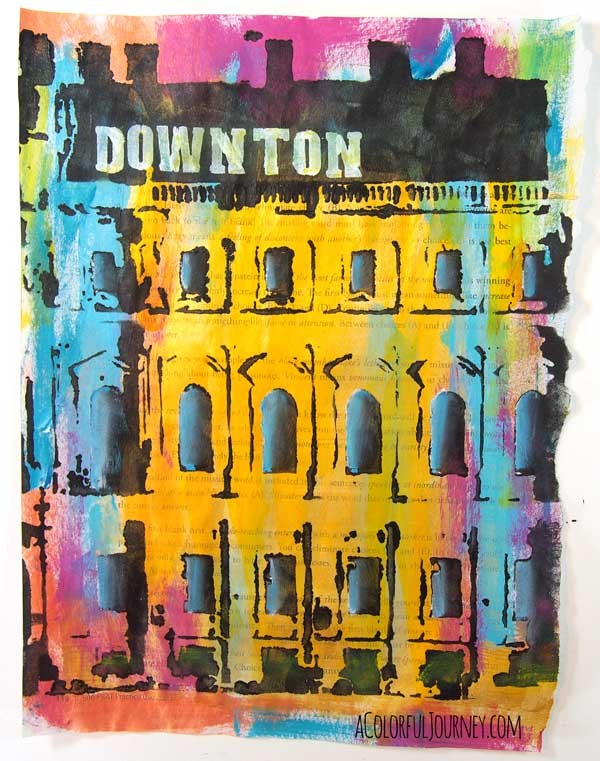 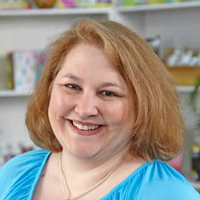 Some of the links on this blog are affiliate links and I receive a small percentage. It doesn't cost you anything extra and helps keep all the free tutorials and videos coming! It's a win-win! The website is copyright Carolyn Dube, and that is kinda common sense since this is my site. As an Amazon Associate I earn from qualifying purchases.
This website uses cookies to improve your experience. You can opt-out if you wish.AcceptRead Our Cookie and Privacy Policy
Privacy & Cookies Policy