Previous post: What to Do When Things Go Horribly Wrong in an Art Journal

OOPS, The Epic Journey of Doubt and Play 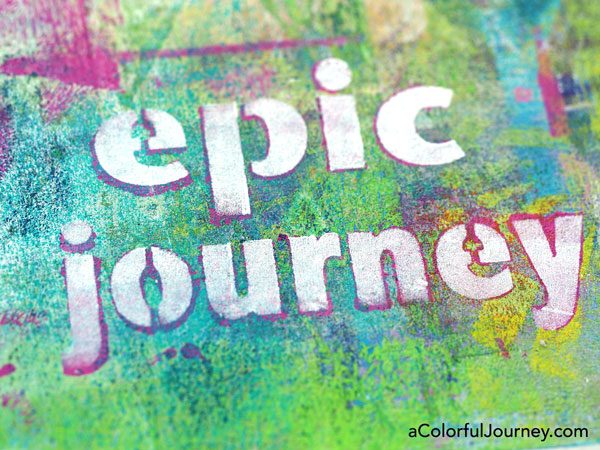 Going from the blank canvas to a finished one can feel like the the 12 trials of Hercules, an epic journey. I had a gesso’d canvas, actually a wood panel, fully prepared to tackle the challenges that were waiting as I began playing. 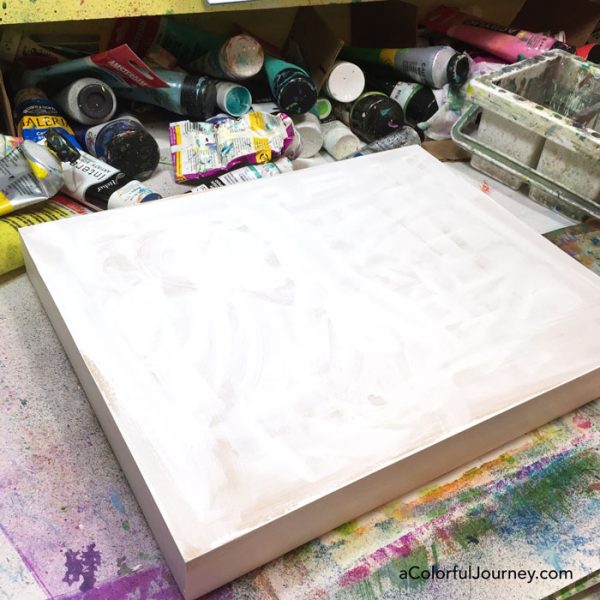 The first challenge happened when I started layering some colors and pattern and it looked hideous to me. It didn’t have 9 heads like a Hydra but it seemed to be going in 9 different directions.

Now is when Herculean strength was needed, as this layer tested my ability to stay on track, to not doubt the muse or my choices. That’s the dramatic version, what I really did was say O.O.P.S. After all, it is just an Outstanding Opportunity Presenting Suddenly. 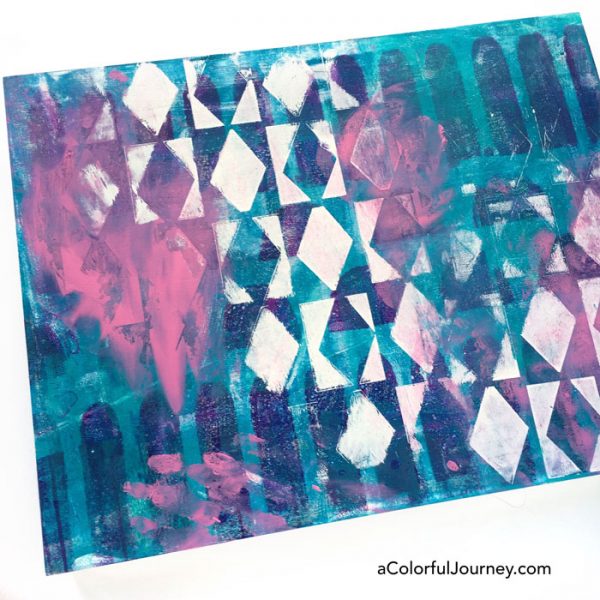 Just when things felt darkest, the muse struck with an idea. Perhaps just what I needed to do to make this a “good” piece of art. But alas, this wasn’t the solution, for it was too early in the story for an ending. There were many more layers to come. O.O.P.S. again. 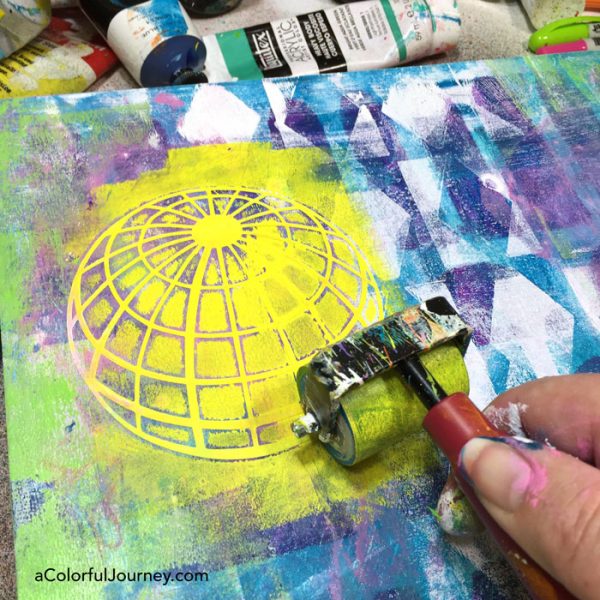 Hercules fought powerful and magical creatures in his trials, and there was one that appeared here. The mythological creature, Perfectionism, had attacked. Shooting arrows of self doubt, there was a growing fear that this piece of art was going to be ugly forever. My weapon for this battle? O.O.P.S.! 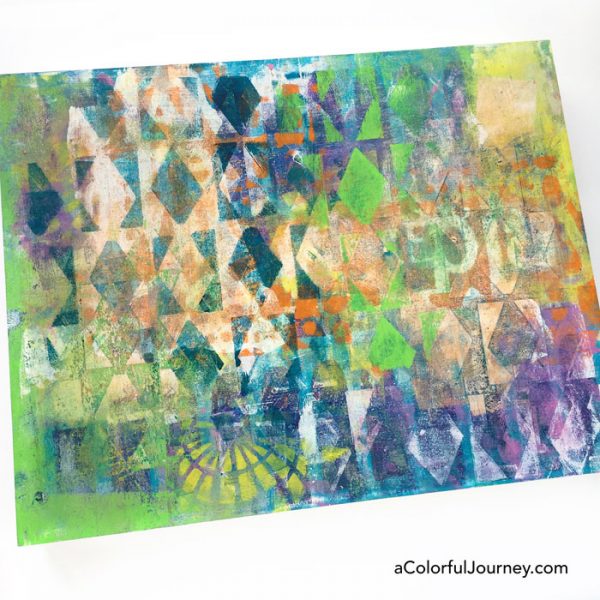 But the challenge is what makes heroes after all. Would we have ever had Kevin Sorbo as Hercules if he never took on those battles that seemed insurmountable? What would have been the fun of the show if he didn’t have adventures and battles? And yes, I loved that show in the 90’s.

So the words, Epic Journey with an arrow on top became the reminder of the trials and tribulations of its layers. That’s the fancy way of say O.O.P.S. after O.O.P.S. 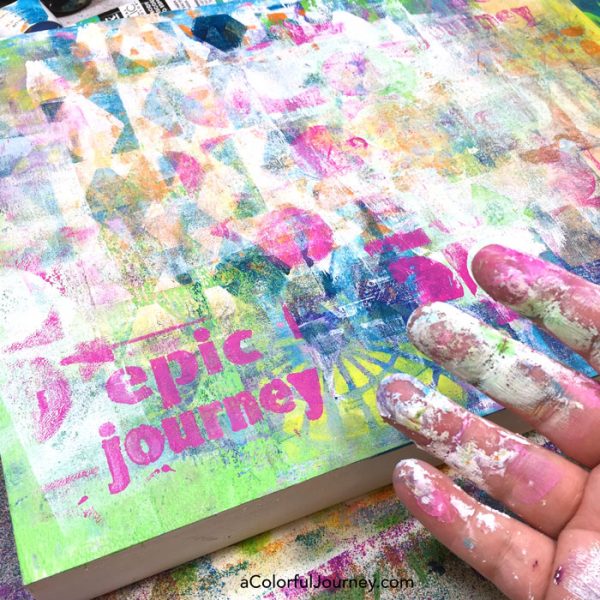 In mythology, there is symbolism all around. What did the eyes mean? Was it the monster Perfectionism staring at me with dozens of eyes? Was it the many eyes of the all seeing muse who inspired me? Or was it the wide eyed anticipation of my next O.O.P.S.?

A layering stencil was used to create the section of eyes (you can see the process for how to use the stencil in this video.) 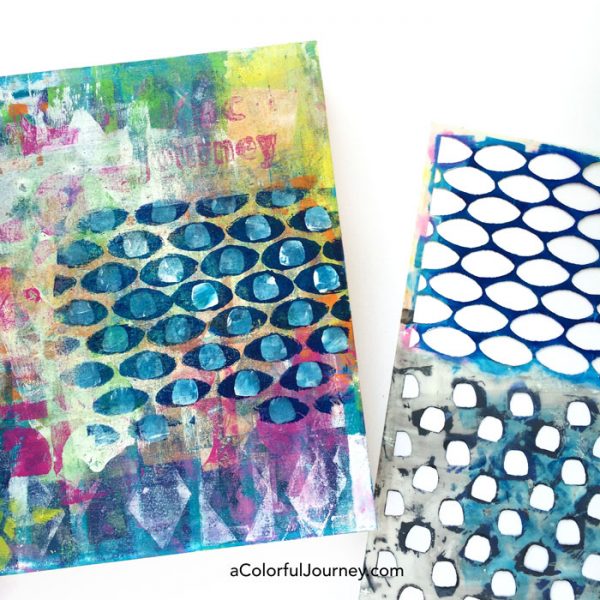 This isn’t finished yet, so why did I stop? What Herculean obstacle stood in my way? Everyday life. I just had stuff I had to do but the journey isn’t over for this!

Of course, I’ll be sharing where the muse takes this next, so get signed up for my newsletter so you’ll be sure to know what challenges lie ahead for it. 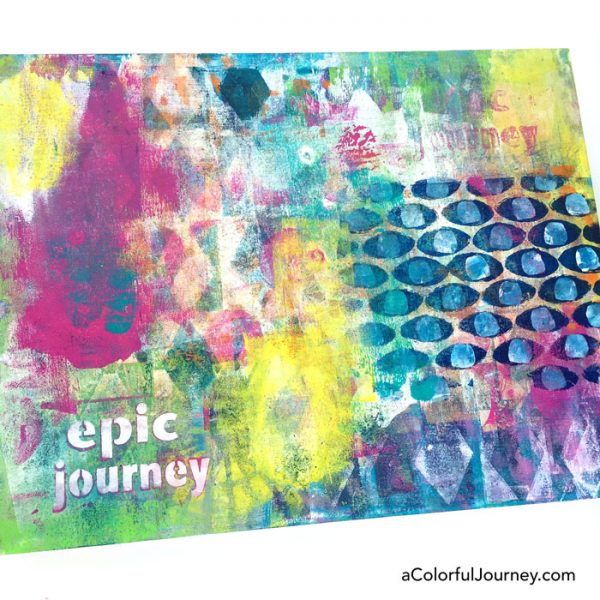 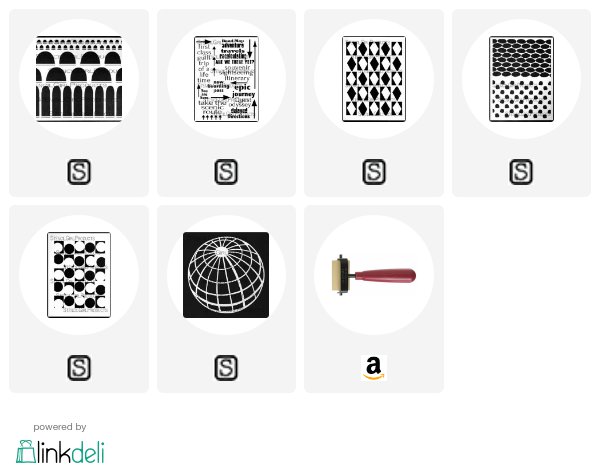