There are so many amazing teachers and classes at Art is You. It is so tough to pick but I was beyond thrilled with Jodi Ohl’s class.

I watched her painting and I was thrilled with how a painting looked in the beginning. I had no idea how much farther it would go by the end of class. The lesson I learned: I fall in love with some of the backgrounds I make- to the point I hate to cover it up. Those layers aren’t precious but they are important. They add depth to the art.

Another lesson I learned was to not give up on a painting. I thought where I started was so-so but as I added the layers I began to see how the early layers played a role in the look as I continued to add more. Where I was less than thrilled was just another place to put color, a stencil, a stamp, a smudge.

Here are a few shots of Jodi’s in class demo in progress. 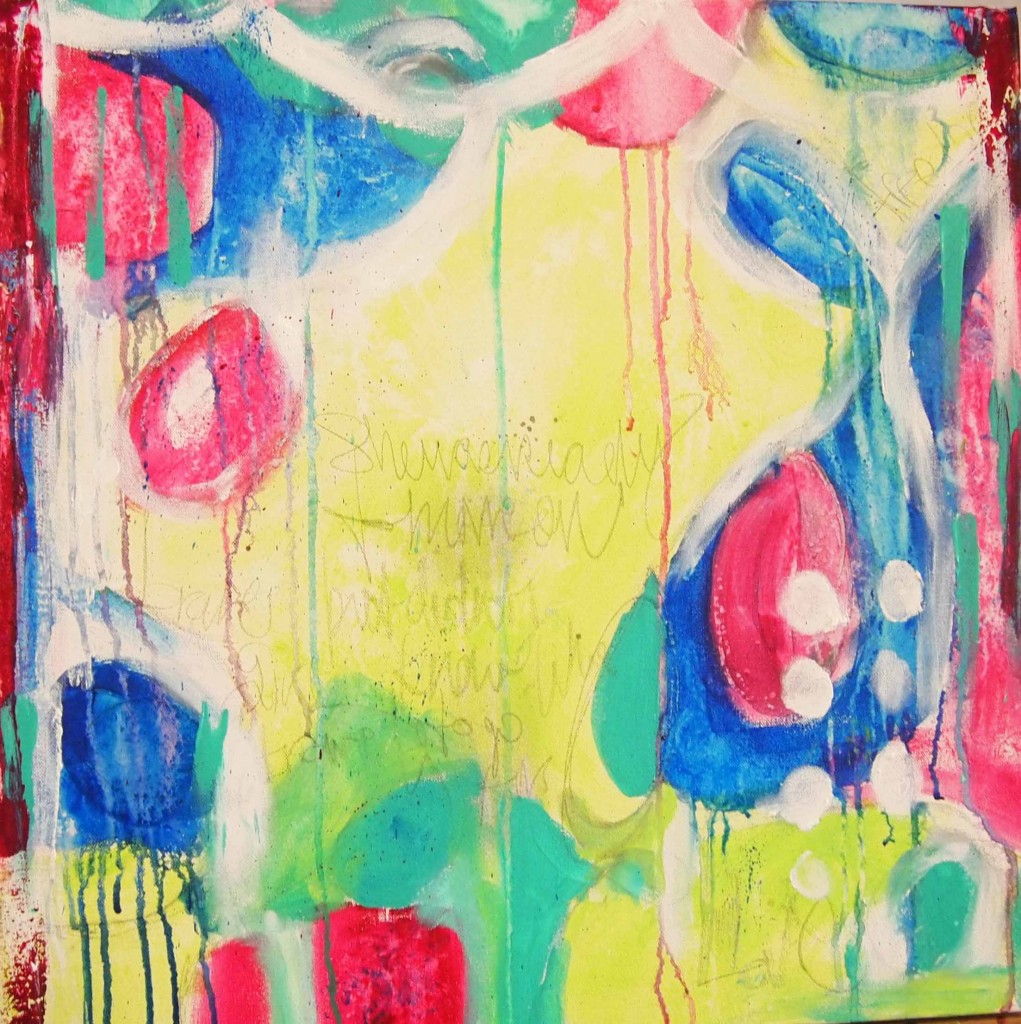 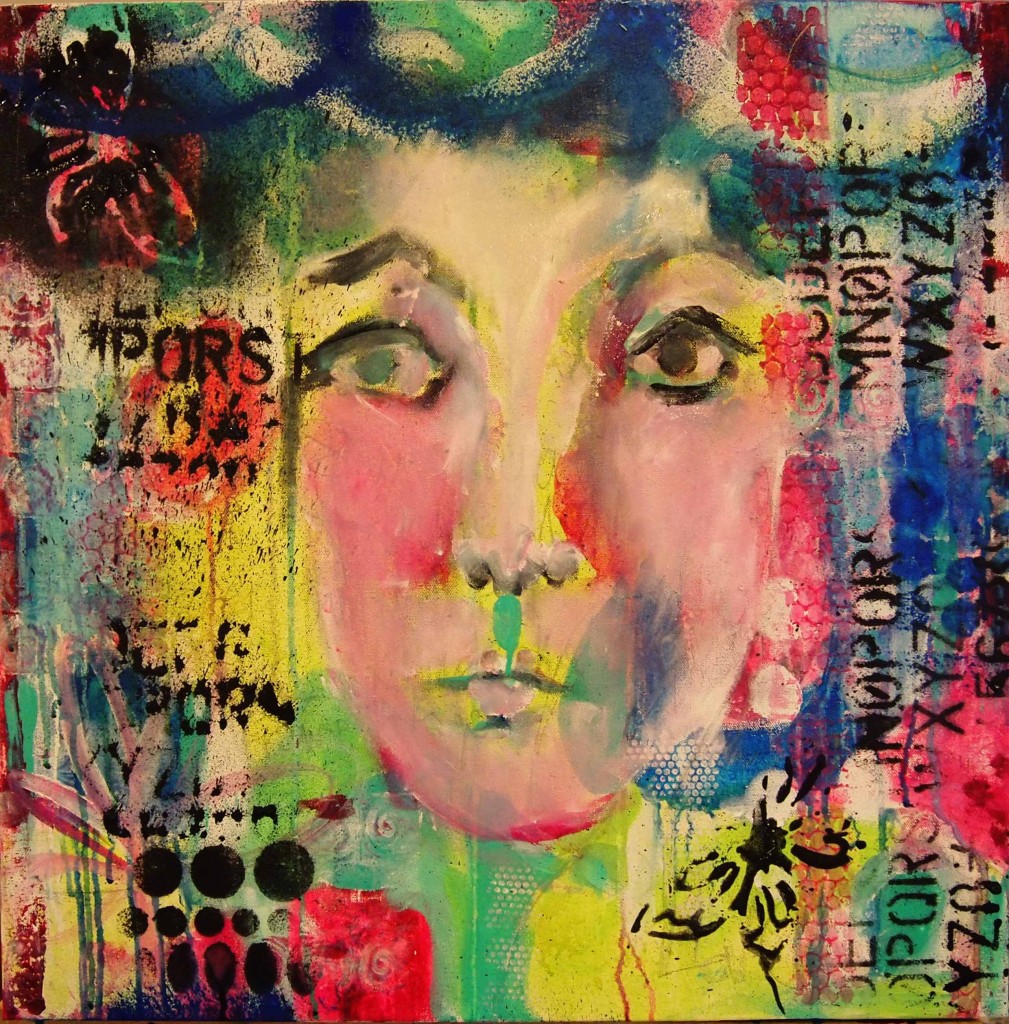 At this point I loved the painting! I felt it was amazing here but she kept going at made it even more interesting. 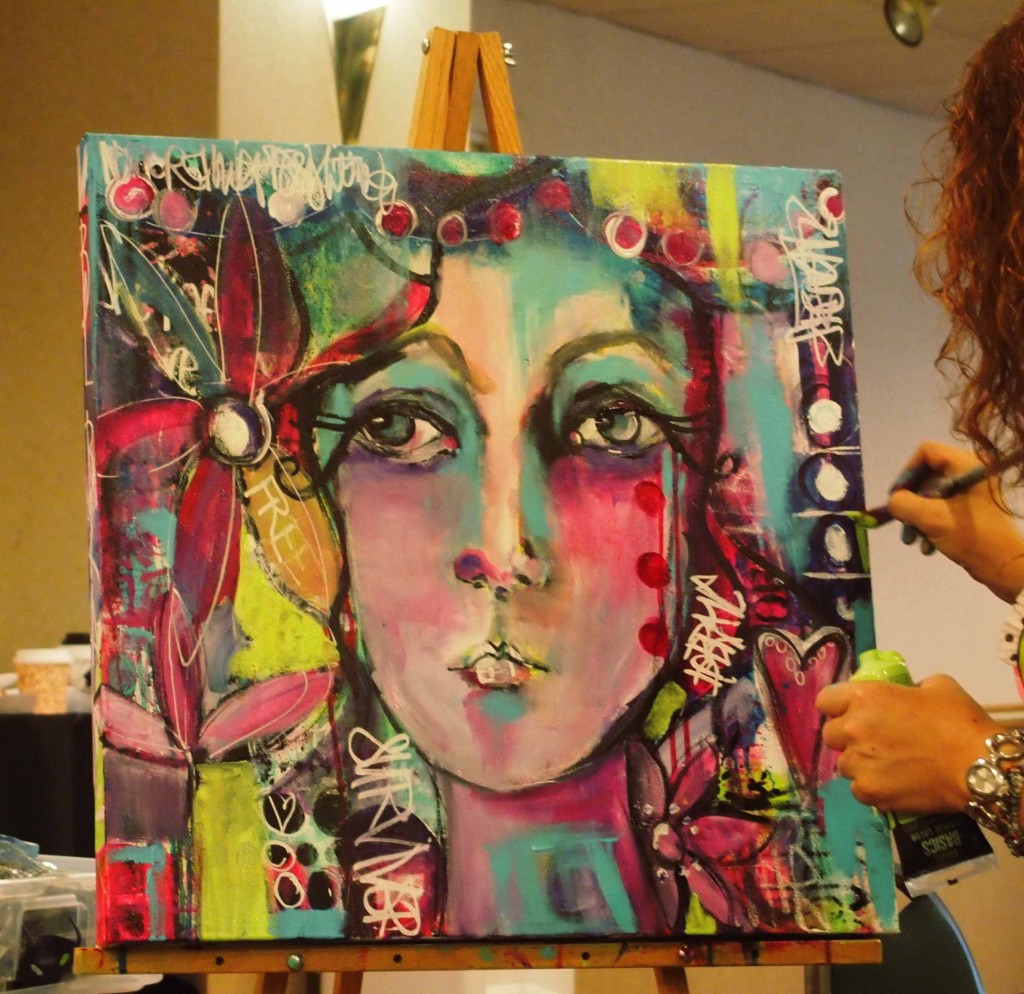 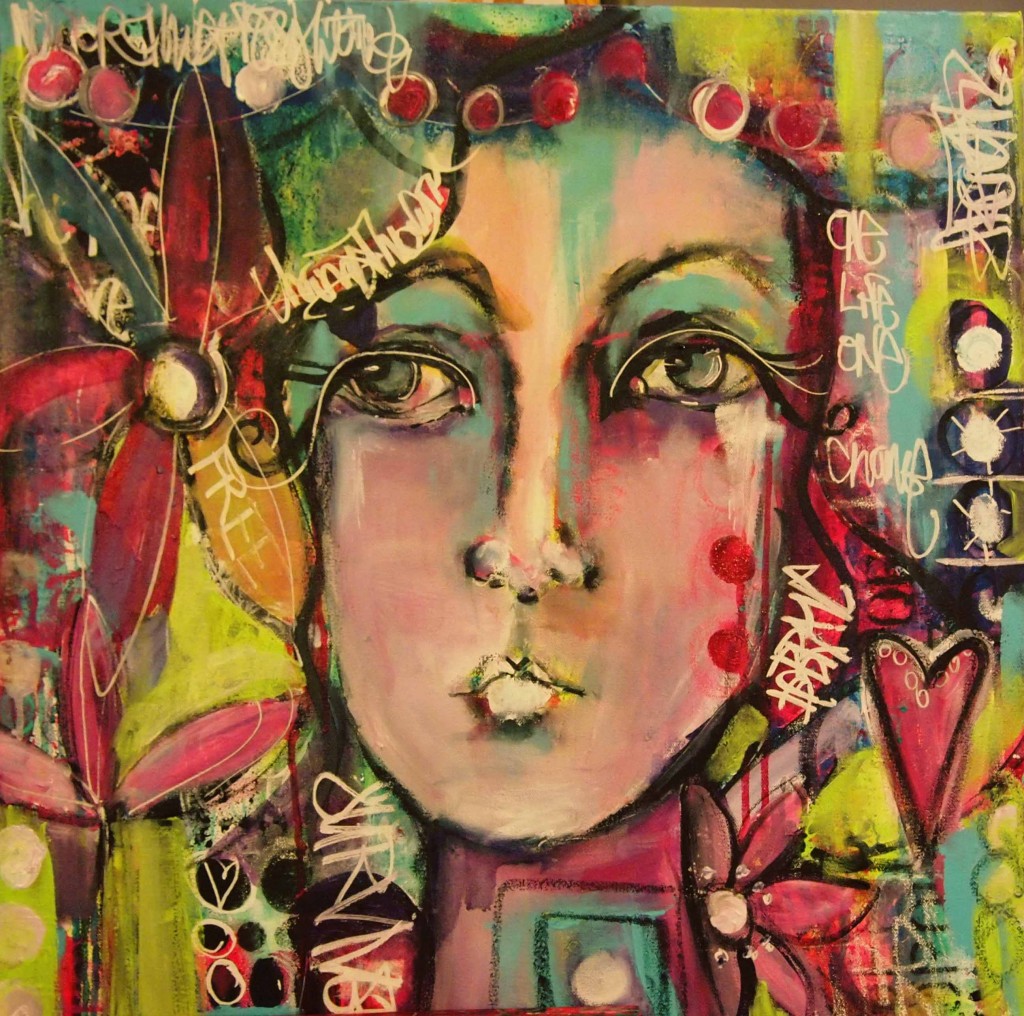 Jodi doesn’t like wasting paint. I love that because I hate to waste it too. We used our extra paints, the wet stencils, and any other supplies on a group canvas. It looked a bit chaotic at the end of the first class but when I saw it later in the week I was blown away. Wish I had taken a picture! I can’t wait to take another class with Jodi!