Next post: The Good, The Bad, the Ugly…and the Hoarder

Getting Lost in the Land of What If 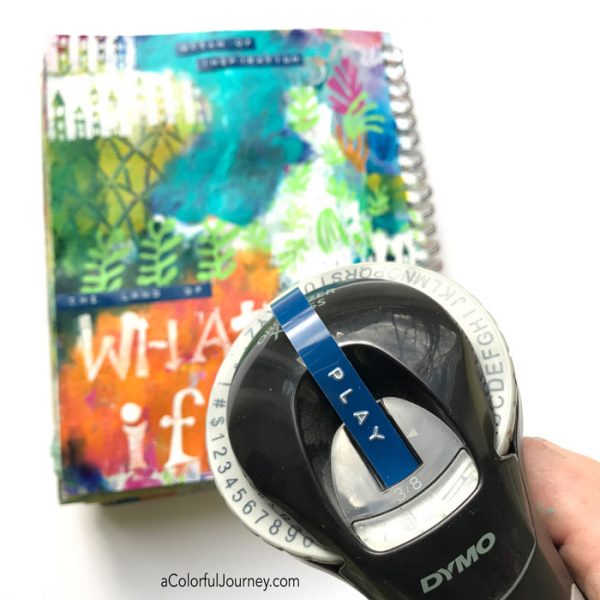 What if? This is the question that I asked in my art journal today. This page went through a lot, including some very ugly layers. Since this was what if play, it didn’t matter if a layer was ugly. It didn’t matter if it had no direction.

It only mattered that I asked what if. Little did I know I was making a map as I was letting myself get lost in the play.

Watch Letting myself get lost in the art journal play on YouTube.

Building on an old background, I began smearing paint and adding pattern with stencils. That yellow paint was slow to dry, since there was so much of it, which led me to asking what if with a baby wipe. After all, I seem to have a subconscious need to avoid heat guns. 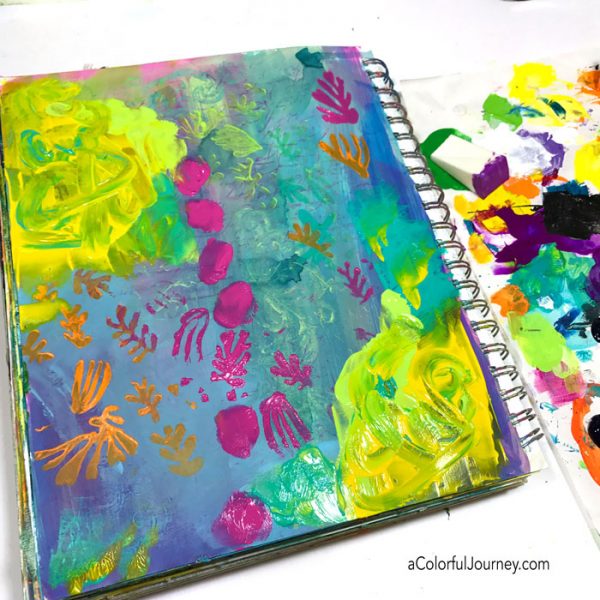 Oh, did it go through some ugly stages! But that didn’t matter because smearing paint around brought me joy. I even ended up with a bout of pink polka dot fever. 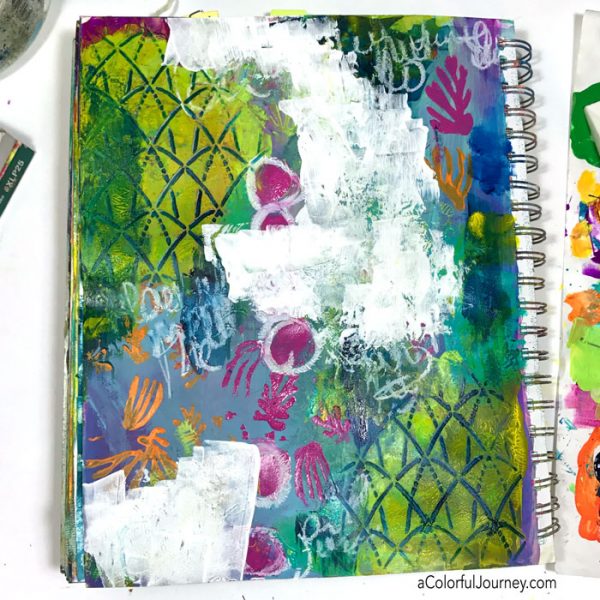 The word “what” was redone with my Ransom Alphabet stencil, and I am proud to let my first grade teacher know that it wasn’t because of misspelling (this time at least). 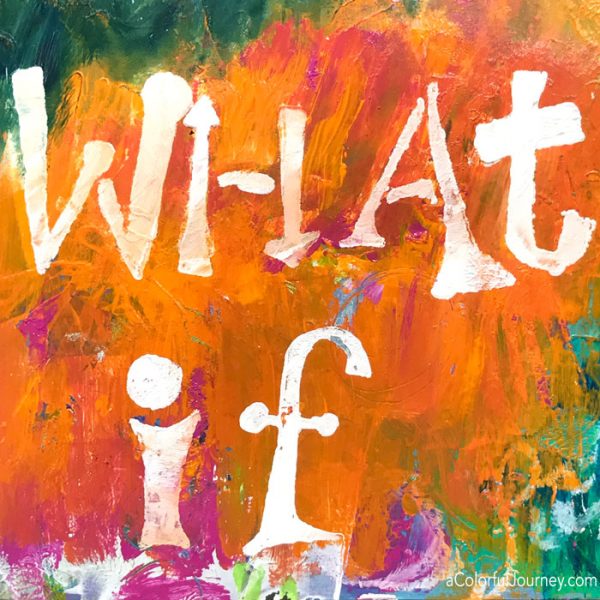 As I stenciled the 3 Cutouts Inspired by Matisse, I began to see a forest. I would love to visit a forest like that! This is when the idea of a map took control of the page. 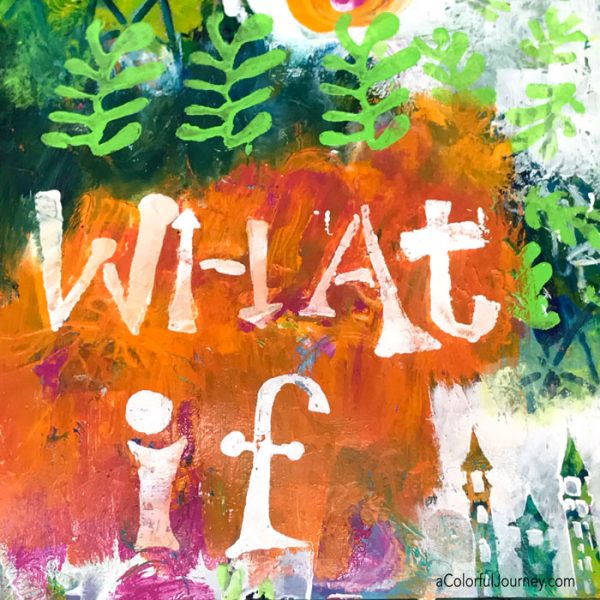 Maps need towns, so I added castle towns with a mask from the Once Upon a Time stencil. There was one feature still missing from this land, and that was water. A great big ocean was needed. 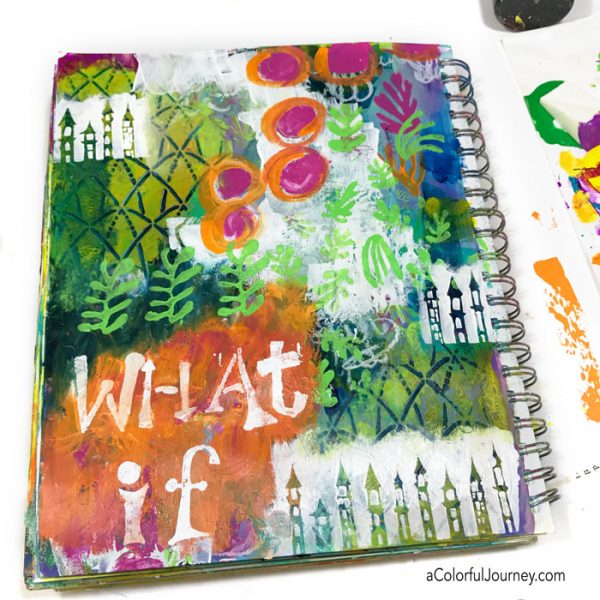 What types of places are in the Land of What If? The Ocean of Inspiration and the City of Creativity of course! 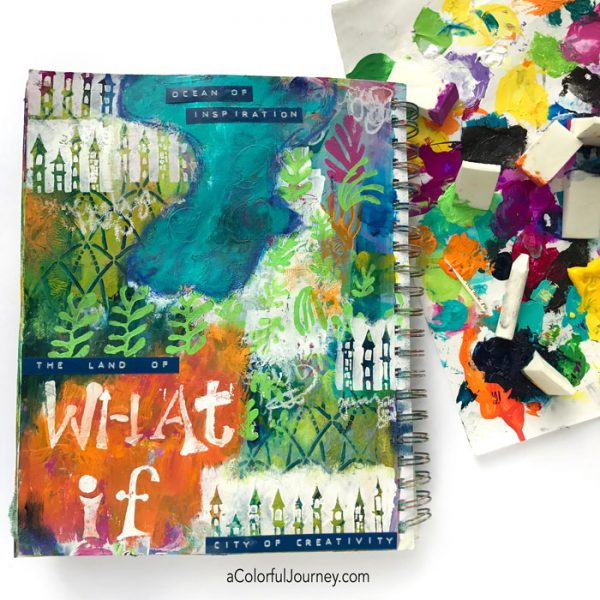