Making a Skirt for the Elf on The Shelf 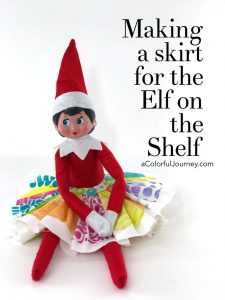 They are making clothes for the Elf on the Shelf, but they aren’t the colors or style I wanted, so I decided I could make her skirt. How hard could this be? A little gel printing, a simple running stitch, and a bunch of glue. Let’s just say I don’t think I’ll be on Project [...]

Letting Myself Get Lost in my Art Journal 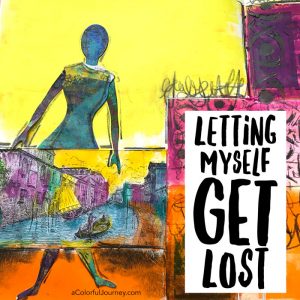 Knowing where you are going can be overrated. Granted, if you are an airplane pilot, it is critical you know where you are going. But I’m not flying a plane, I am playing in an art journal wandering around without any clear plan. It all began by gluing down some pieces and parts. One is [...] 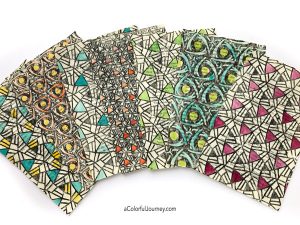 Why do I love crayon rubbings? Is it the historical significance that brass rubbings played in medieval times? Is it the memory of first grade making leaf rubbings? A little bit of those but the biggest reason is crayon rubbings are immediate gratification. No waiting for anything to dry. The only prep work is taking the [...]