Door to Another World Opens in My Art Journal 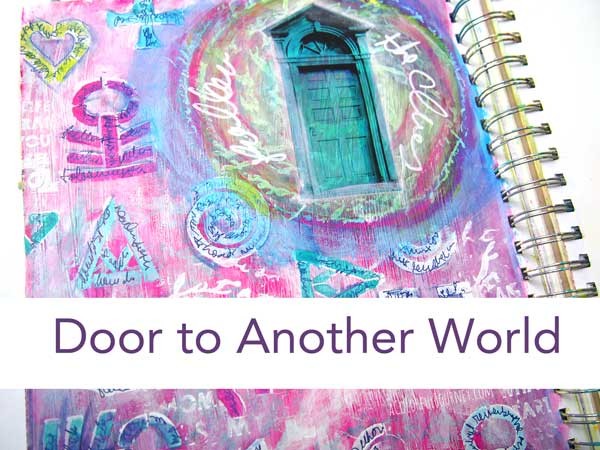 My imagination ran away with the idea of another world while I was art journaling. Perhaps all those sci-fi shows I love like Stargate, Star Trek, and Dr. Who have had a bit of an impact on this page. 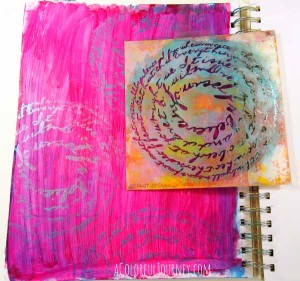 But in true sci-fi fashion, I didn’t start out thinking I would find another language or a door to another world!

It started by randomly stenciling Encouraging Scribbles in a metallic paint. The metallic paint didn’t show up the way I hoped…Oops. Indeed, an Outstanding Opportunity Presenting Suddenly to add the white to make the circles pop. 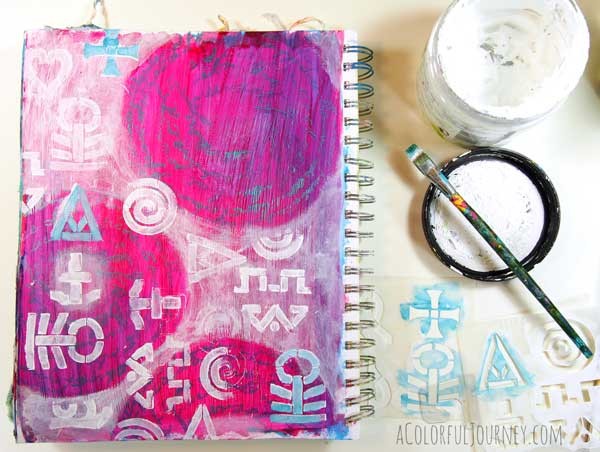 Earth Song Symbols were randomly stenciled, but somehow, none on the top circle. Not planned, but quite useful.

About this point, my imagination was in high gear with sci-fi themes such as portals in time, worm holes, cultures on other worlds, etc.

I misaligned my Encouraging Scribbles stencil back on top of previous stenciling. Now I have the whirlpool or swirling feeling of my portal. 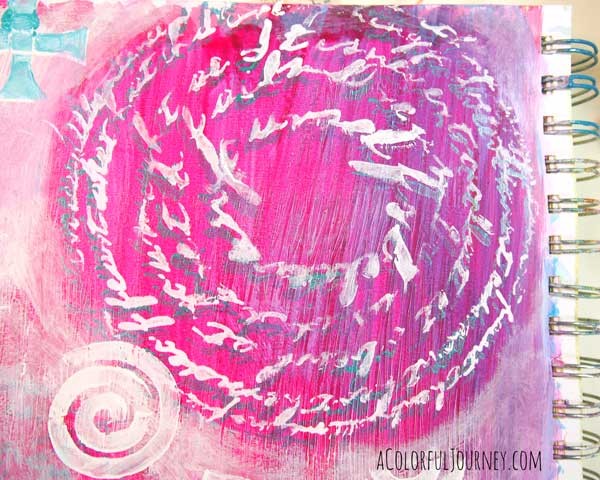 I wanted touches of book text, but not distracting paper to glue down. I wanted the words to blend with the background. Wall of Words stencil to the rescue! I just added hints of words here and there. 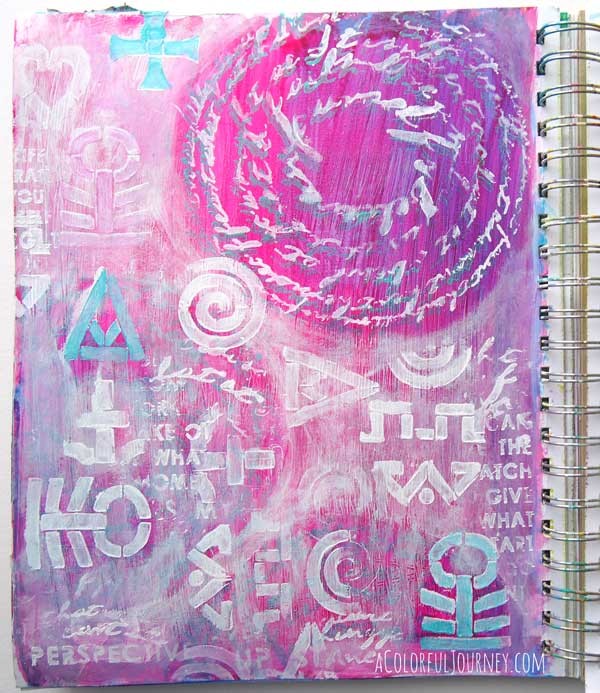 Imagination going full throttle, it was time for the messages on the ancient symbols. I used a fountain pen to do the writing. Why a fountain pen? I am finding they get ruined less often on paint for me. And these are the cutest little pens ever! 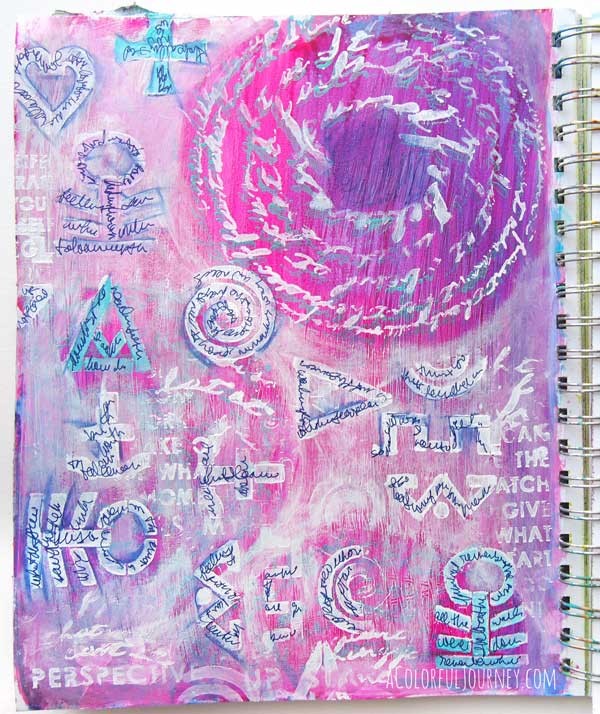 All was going well, until this OOPS! And it was a biggie! I thought a touch of yellow would pop…and it actually just went ugly. But there is an opportunity in this… 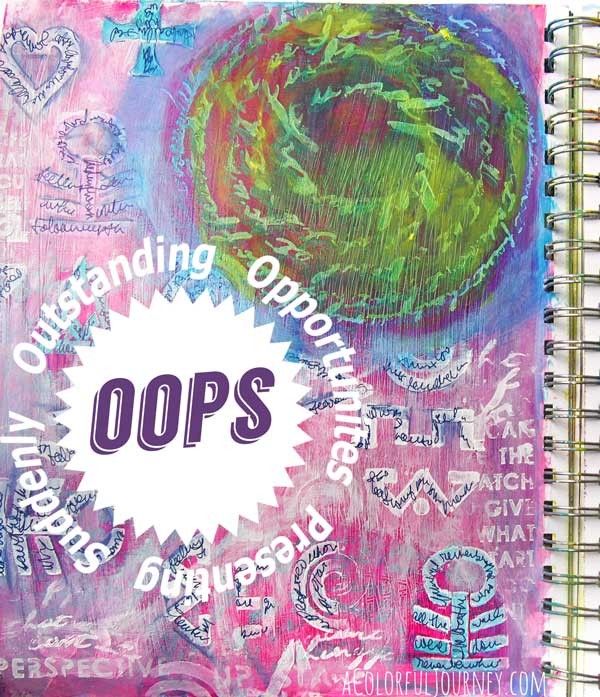 I had to work with that yellow, so I started adding more colors to the page by putting it over the stenciled symbols. And since I did not like the blotch of yellow, I felt free to do just about anything that popped into my head…or landed in my hand.

The swirling circle of words and color now had me thinking of a worm hole. That magical almost instant way to travel between galaxies but mine needed a door. I found just the door I wanted from Tumble Fish Studios at Mischief Circus, in the kit Happy Place. Printed it out on my inkjet printer on Craft Attitude and with a bit of glue stick, I have an image transfer.

Thanks for joining me for this little art journal trip to another world! Now if there was only a time portal…or worm hole…or transporter! 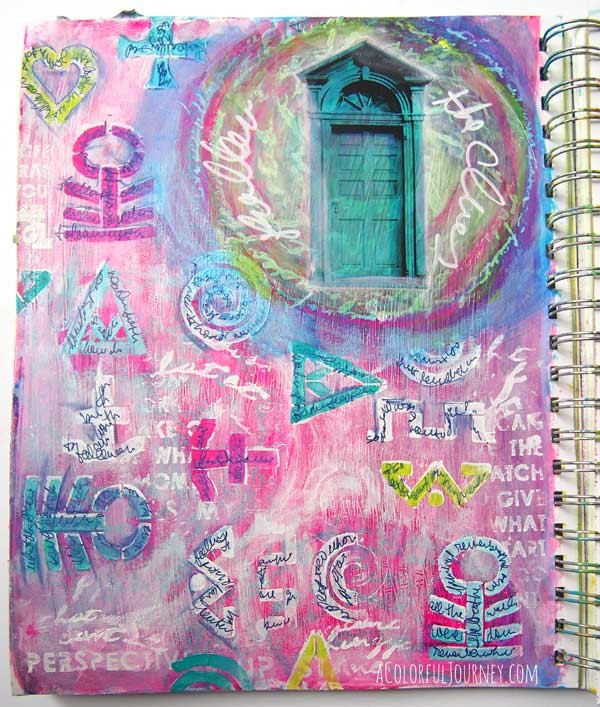